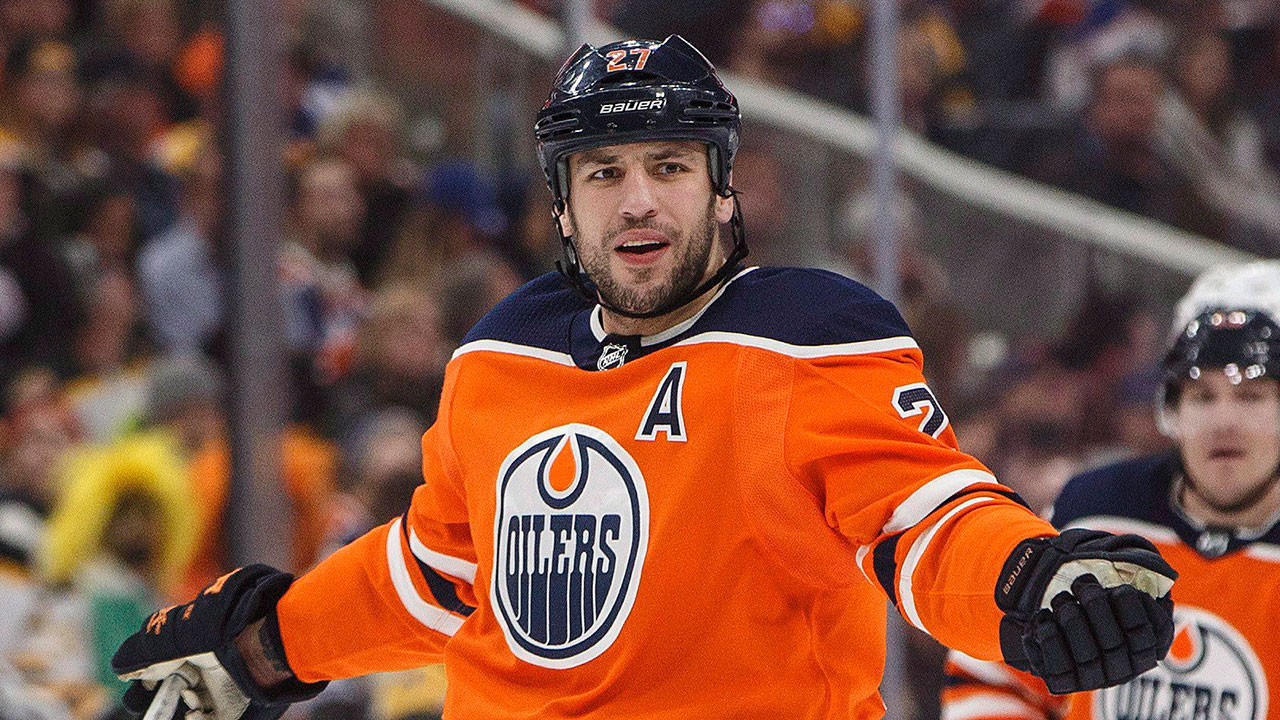 Everyone has now played atleast 22 games and with a quarter of a season under our belts we can take a look at some things we aren't used to seeing.

We aren't used to seeing our Commish take a vacation. Some (well maybe just me) would question wether he has earned it or not, but regardless he took a week off anyway. Suprisingly, the league survived and while it was much quieter than normal we did get to experience some good debate on why League execs are charging coaching salaries when we don't have coaches, why some GMs have been allowed to illegally stow players on the farm avoiding waivers, if playing with Victor Hedman makes you a top line dman, and if Toronto is larger than Saskatchewan.

Looking at the standings there is a couple of oddities. The Wayne Train, (Wayne Dubas Herbert) has firmly positioned himself to be a playoff team. With Quinn Hughes leading his team in scoring the GM has been vocal about keeping his "core four" together and keep running it back hoping for new magical results.

Our defending Champ, the Ottawa Senators find themselves outside of the playoffs after posting only 2 losses in its first 11 games. Apparently overconfidence is not soemthing that can be counted on for consistency for the entire season. Coincidentaly their season turned to shit immediatly following the trade for Max Pacciorety from Florida. Maybe next time if it ain't broke, dont fix it?

Speaking of Florida, GM Clarke has decided to embrace a full tank this year and has moved alot of big names Pacioretty, Seth Jones, Brayden Point and Mark Giordano has been moved so far. Florida has now managed to move from 'one of the worst teams in the East' to 'worst team in the East.'

It is no surprise to see the Capitals at the top of the league standings. However, it is surprising we haven't seen more trade activity from them. This is a team already spending to the cap that has to negotiate new contracts for Nikita Kucherov, Andrei Vaselevski, Alex, Pieterangelo, Taylor Hall and Nate Schmidt. Would expect to see some dark motives activated with his fellow GMs to get all these players under the cap heading into next season.

Coming off one of the best seasons in franchise history, the Toronto Maple Leafs have been the yo-yo of the league early on. With almost every pair of games simmed the Leafs jump in and out of the playoffs. It has been an emotional roller coaster of near trades and line up changes but so far the GM seems to be content to trust that the sim will realize Cale Makar is as good as he is rated.

Time seems to be finally catching up with the San Jose Sharks. The rerate team has finally targetted Milan Lucic, Carey Price, Jamie Benn and Phil Kessel. GM Abdell has been quiet so far but one can assume he is furiously working the trade wires attempting to not see the Commish end up with his first, a potential lottery pick.

Current count has Mark Mead winning the draft pick war. His 24 third round picks in 2023. If we had GMs in place for the Islanders, Flyers and Jets you would have to assume they would be eagerly contacting Mead attempting to get a huge haul for their third round picks.

Surprisingly the player agents of the League seem to be in good moods early in the season. The leagues second best RWer Mikko Rantanen just signed a 4 year extension with the Anahiem Ducks for an AAV oif $9.5m. This 25 year old may have just set the bar for negotiations with Leon Draisitl, Dougie Hamilton and Shea Theodore.

Season 31 has started with a bang. a true team effort from all 21 GMs and a great Commish have ushered in another great season and it looks like the Smitty Cup will be as tough to earn as ever. Congrats to the Eastern Conference in finally getting over the hump and becoming the best Conference. The West will briefly enjoy being second best. Hopefully it won't take 30 Seasons for us to topple you.

Have fun guys, looking forward to another great year. 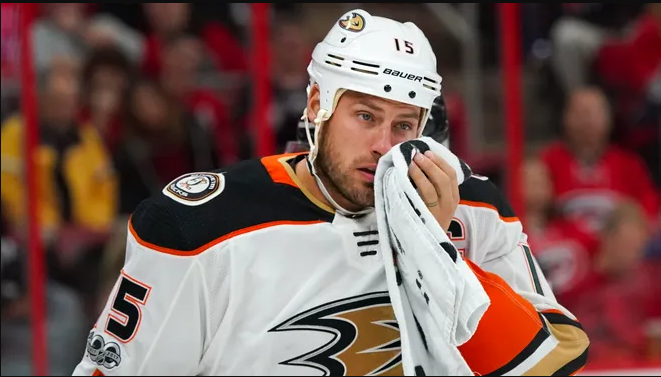 Anaheim Ducks GM Dan Rudd has arguably been one of the most successful GMs in league history. Running a successful franchise like the Ducks has earned him a lot of money over the years. Enough that he chooses to spend his time coaching youth hockey, some would argue at a negative cost to the management of the Ducks. However, since the start of the new CEHL season, the Ducks have just been giving away tickets to their home games. GMs and owners around the league have begun to question the financial implications of the Ducks ticket pricing strategy. We interviewed an anonymous fan outside of the Honda Center:

Ryan: Hi, I’m just doing an interview here for Canadianelitehockeyleague.ca, would you care to comment on the free ticket promotion that the Ducks are running?

Anonymous Fan: Yeah man, I don’t really like to talk to the press man

Ryan: Well, I’m not really like a real journalist, if that makes it any better

Anonymous Fan: Oh alright, yeah, like I used to not come to many games because tickets were so expensive. But Dan Rudd is like the Elon Musk of hockey. He’s making California a better place. I love the Ducks EVEN more now! It’s amazing!

Ryan: I would agree with you, I think Dan Rudd may in fact be the nicest owner in sports. Do you have a favourite player on the Ducks?

Ryan: Is there any particular reason?

Anonymous Fan: Yeah, I used to drive cab before I got laid off, you know, Uber, and he was like the coolest guy man when I used to drive him around. I thought he was gonna want to go to Disneyland, but he had me drop him off at Joe’s Italian Ice instead.

Anonymous Fan: Well, whose even going to read this interview anyway?

Yours in CEHL Investigative Reporting 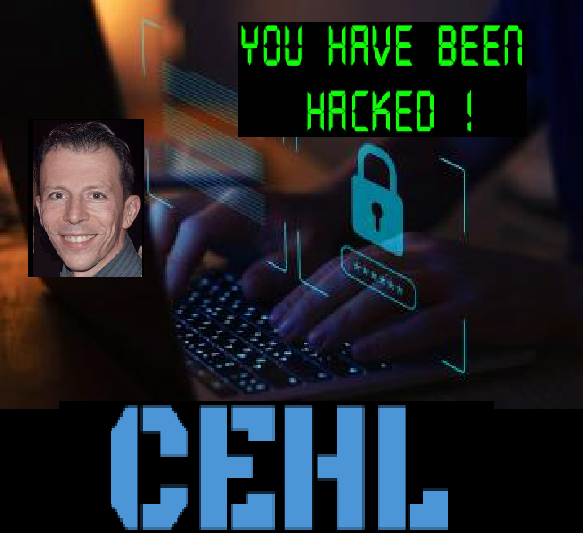 As we approach the end of the regular season, the COVID pandemic has again become an issue within the CEHL community. Multiple game delays have started to occur and some GMs are demanding answers.

Shawn Lawrence of the New Jersey Devils has been very vocal in his opposition to game cancellations. Shawn firmly believes in his own playoff chances and feels that Commissioner Semelman is improperly stalling to avoid the end of the regular season. Is it because Semelman knows his team has a very poor vaccination rate that could negatively affect his chances of advancing to the Smitty Cup? Well, if we had actually spent time interviewing the Commissioner, this issue may have become a bit more clear.

Unfortunately, in addition to his responsibilities as the CEHL Commissioner and GM of the Washington Capitals, Mr. Semelman is also employed as a computer programmer. He has been pulling double duty fixing online exploits, due to the Log4j vulnerability. This has led to calls for Semelman to give up his programming job and focus solely on making the CEHL great, once again. With all of these delays and pandemic-related fear starting to set in, some wonder if we will see a team hoist the Smitty Cup in 2022. But as Brad Smith once said, it’s not how many eggs will you make for me, it’s how many eggs do you have? And are they all in one basket?

-Random Thoughts from a Random Guy

NO PLAYERS ON WAIVERS

Goalies (Played in 15 or more games)